Like every other industry, Food packaging also had several turning points. These turning points helped to shape the industry into what we see today. Of course, these advancements did enhance the overall effectiveness of the packaging.

The modern packaging techniques are improved and enhanced in every possible way. Initially, people did not have the technology nor were they familiar with these modern techniques. Back then, tin packaging for exclusive.

Only the elite could truly enjoy sending and receiving a gift in metal containers. However, things have progressed now. You can actually enjoy premium class tin containers at a very reasonable price. There is a drastic decrease in the price, provided you buy them via wholesalers.

Let us focus on how these all started, and what were the turning points.

Right after the American and the French revolutions, we saw the advancement in the modern packaging industry.  The industry seemed to emerge like no other. The 19ኛው century offered advancement in terms of technology and equipment.

It had a great impact on factory machinery, especially in the packaging industry. In the early 1800s, food industries were able to enjoy commercial food containers. They used a wide variety of materials including glass, pottery and tinplated iron to make these containers.

In 1813, the first commercial canning factory came into existence. The England based food factory-supplied canned fruits, meats, oysters, and vegetables. The idea of canned food was met with huge demand. People become a fan of it, thus the rise begins.

By the 1830s, decorated tinplated cans become the talk of the town. Several industries including the food industries used them for a wide range of products. In 1847, Allan Taylor was the first person to acquire the patent of the machine used for stamping cylindrical can ends.

Due to the popular demand, several others joined the business. Therefore, we saw rapid progress and development in terms of stamping machines. Likewise, in 1858, almost eleven years later, Ezra J. Warner, an American inventor came up with the idea of a can opener.

After winning the patent, the idea was introduced to the U.S. military. It became hugely popular among the military, especially during the Civil war.

In 1875, another revolutionary idea came into existence. The world saw the first tapered can. Can become important for canning sardines and corned beef. The demand and technological advancement resulted in the first automatic can making machine in the 1880s.

In 1899, we again saw a unique of out of the box packaging development. Aerosols acquire the patent, and it was awarded to Helbling and Petsch. With aerosols can technique, it was possible to store gaseous or liquid content under pressure inside a container. When sprayed, the content came out as fine mist.

The meat industry in the United States of America was not as polished and firm as it is now. On the contrary, there were several loops holes and unsanitary conditions. In 1905, journalist Upton Sinclair wrote a book “the Jungle”. The book exposed the unsanitary conditions among the American meat packaging industry.

Although, it was a fictional novel, it acted as the key driver in revolutionizing the meat packaging industry. The book resulted in a Meat Inspection Act, later the pure food act and finally the drug act. This information literally became the backbone of the U.S. Food and Drug Administration.

In the early 1900s, a consumer-based society was taking shape, thus people came up with several new intentions. In 1909, the west coast of America enjoyed tuna canning. Some years later, people were using continuous ovens to dry tinplate packages and ink.

In 1917, aspirins were given to people in pocket-sized cans. Bayer came up with this great idea. This lead to the beginning of coffee cans with key openings. Below, we did try to sum up the major food packaging development. These developments are prior to World War II.

In 1945, right after the world war, aerosol marketed their cans on a massive scale. Since manufacturers were searching for something reliable, especially after the Cold War era, they gave metal a shot. They test whether a metal container could survive a nuclear explosion and yet provide safe food.

The results turned out to be positive, this further enhanced the appeal of metal or tin containers for food packaging. Later in 1957, the manufacturer started to incorporate aluminum for metal can making. After a few years, we saw the first aluminum beer can, and then in 1962, companies came up with their first beverage can with a pull-tab.

As time passed, people began to come more considerate towards the environment. The consideration resulted in the launch of Earth Day in 1970. Due to Earth Day, the manufacturer focused more on using products that were easily recycled.

In fact, they started to focus on recycling metal is an effective way.  Their idea was to pay heed to the principles of sustainability. For this purpose they invented lightweight can, using fewer materials. By the mid-eighties, aluminum cans became extremely popular due to their robustness and long shelf life.  In addition, recycling these cans were extremely easy. Something manufacturers were trying to achieve for a long time.

The introduction of a retained ring of beverage containers was another sustainability goal inspired by innovative concepts. If the ring remained intact and did not break off, it kept the metal material intact, thus having more material to recycle.

Likewise, during the nineties, we saw how can were downsized with fewer circumferences sizes. The idea was to make these can more efficient and recyclable. They are the epitome of sustainable packaging.

Among the metals, tin and aluminum were the top choices of consumers, mainly because they both are highly recyclable. In addition, they are also reusable. Tin containers for cookies are later used to save things like threads, clips or spices.

Their reusability and recyclability factor has made them the leading material in the food packaging food.  In addition, it is possible to bent and design these tin containers as per the consumer’s needs.  So, regardless of the shape or the size, you will be able to achieve your dream containers. 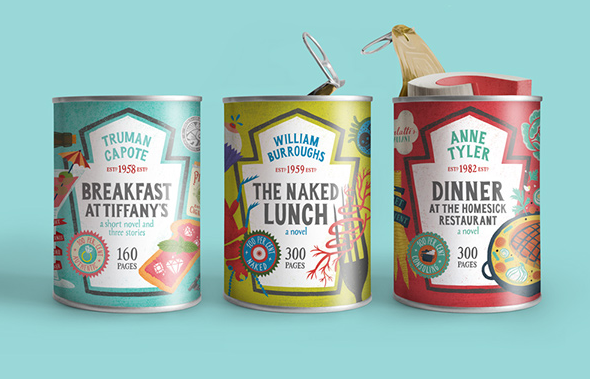 We simply cannot deny the importance of packaging material in the food industry. It seems that they have become an essential part of the industry. The reason being, they offer to ensure ease of transport, the longer shelf life of the product and safety of it.

Also, packaging plays an important role in the business perspective. People are bound to buy your product if you come up with unique and productive packaging. Even if you sell your old product with new packaging, it surely will attract attention and increase leads.

Below, we have come up with some of the most common materials that the modern packaging industry uses.

Plastic is among the most common packaging material. Plastic offers several benefits. With plastic, you can effortlessly model it into any shape you like. Its lightness and versatility have improved vastly over the years, thus making it a lead choice for food packaging.

Plastic containers offer adequate mechanical strength and they have the ability to protect against the contamination of food. They offer robustness and safeguard the product to a great extent. The lower energy consumption and lower manufacturing cost have made plastic the leading packaging material.

However, modern studies show that plastic is not a very recyclable material. It is contributing largely towards the world pollution and global warming. Thus, it might not be an effective choice. After all, you would not like to contribute to global warming.

Metals including aluminum, steel, and tin are hugely popular for the preservation of canned foods and beverages. Among these, the most common are the tin-coated aluminum or steel cans. This is the best choice for foods that are sensitive to light.

Glass is another great material for packaging. It is naturally impermeable to vapors and gasses. It is a complete neutral oxygen barrier especially when it encounters food. The only drawback is that glass is an extremely heave material, and you require a lot of energy to manufacture it. Thus, the spike in the manufacturing cost.

Another advantage of using glass material is that the product is very recyclable. You can use the containers repeatedly without any trouble. The food industry uses about 75 billion containers every year and the main uses including soft drinks, baby foods, juices, and wines.

Paper is an extremely lightweight, easy to use form of packaging. It is also extremely cheap to manufacture paper. However, it is not very robust. In fact, it is extremely sensitive to moisture. So, a good idea to use paper is to combine it with other forms of material including paraffin or plastic.

Cardboard, a combination of superimposed layers of paper, offers more robustness then paper. It is also more resistant to moisture than paper. We mostly see cardboard in the form of containers.

Today, manufacturers are paying close attention to health-related issues. They are working more towards environmental contribution, thus trying to use high recyclable materials for packaging of any form.

You can reach out to them, and they will resolve all your packaging-related problems in no time.